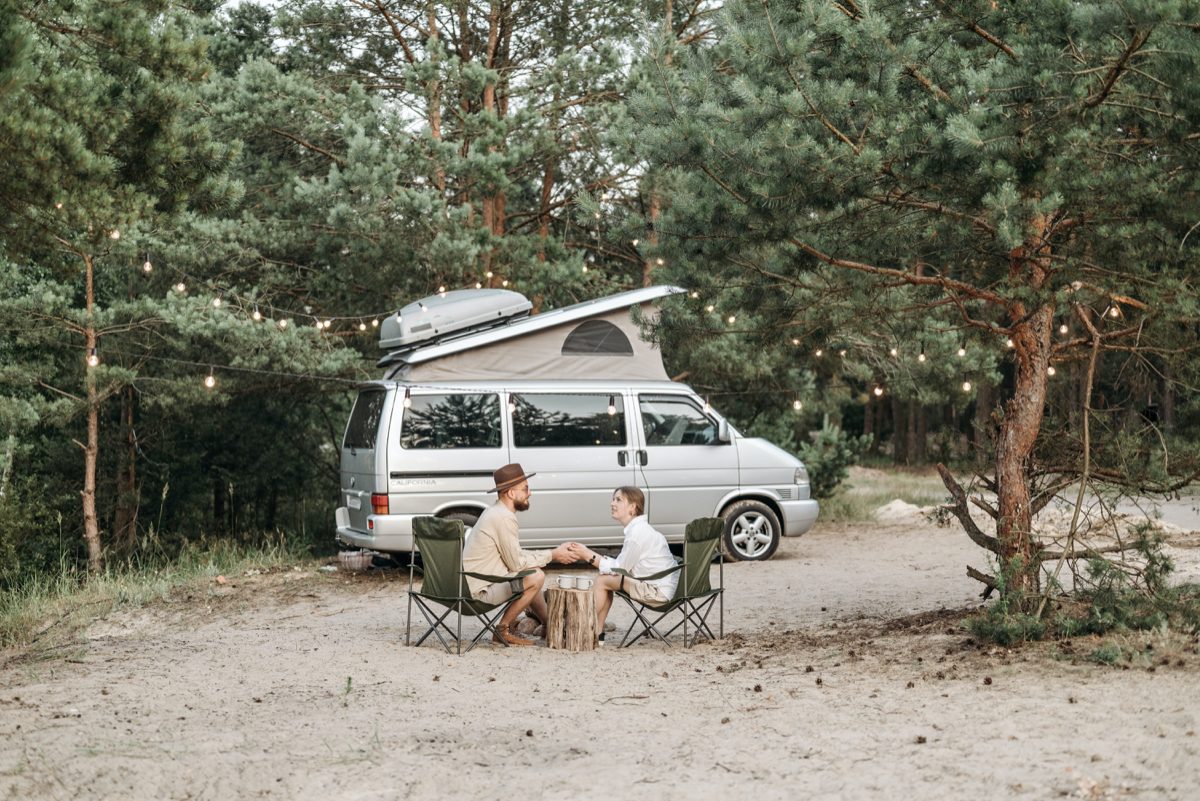 If you are anything like I was 10 years ago, a young car enthusiast that would not accept his mom’s Toyota as my first car, then you probably want something a bit more powerful or something that would stand out like a BMW or anything loud or “exotic”. My first car was a low mileage 1999 230 Kompressor Mercedes C-Class sedan with no air conditioning. It was great, reliable, cheap to fix, had airbags so it was somewhat safe for a novice driver and it was a Merc’, an old one but still.

I don’t regret my decision and I still have great memories of that car. What I do regret however is the fact that spending a lot of money on a luxury brand or a powerful car is not the wisest decision a young man can do. Thinking back I wish I would have explored and traveled more at that carefree age instead of saving money for new 18″ rims for an old Mercedes while sitting at home or working a temp job.

Why choose a van for a first car?

This got me thinking, a perfect car for a young dude is actually a van. Here are a few examples of why:

The list goes on, but the main thing to take from this is that vans offer so much more than just driving from point A to point B or drag racing your local car scene guys at the stoplight. They open up so many possibilities while still being useful as a daily driver.

What van to buy as a first car?

If you don’t want to go full-sized cargo van which is less practical, even minivans can do the job, even though for longer trips a bigger van will make it easier to live in.

Volkswagen has been making vans for decades, we all know the old T1 bus that’s usually called the hippie van. The most sought-after these days are the T3 vans which you can already find converted and equipped with a kitchen, bed, etc. You also have the ones with the pop-up roof which was either homemade or done by Westfalia, hence the name Westy’s.

They look cool and there is a huge community of owners both online and offline which makes it easier to solve certain issues or just hang out with people who share your passion.
One thing to mention is that these vans are old and fickle. So don’t expect smooth sailing. I would recommend this option to people who have some knowledge when it comes to fixing and diagnosing your car’s issues. Some parts can also be expensive and hard to come by.

This is my recommended option. Set your budget and scan online van listings until the right one comes along, this might take a while. With cargo vans, you don’t want one which was driven near in places with heavy winters and salt on the roads. This takes a toll on the vans body and chassis. Believe me, a battle with rust is one you do not want to be a part of.

I would also look for low mileage vans that have not been beaten and abused by some corporation workers. Low mileage will give you many stress-free miles in the future.

Cargo vans are often seen as much more stealthy than a regular obvious camper van which makes them perfect for sleeping in parking lots without being a target of criminals or police. It is a major factor if you plan to visit urban destinations.

Decide what style you want. You can go with the more usable Euro-style vans with high cargo spaces like the Ford Transit or a Nissan NV, the other option is the lower van shape like the Chevy Express. It all comes down to preference and price. Bigger vans like the Transit or a Sprinter are far more costly and unpractical for daily driving. A van like the Chevy Express, however, does not have standing-height cargo space. That might be annoying if you plan to spend a lot of time in the van.

Can you have a van as a first car?

Yes, you certainly can. Nothing is stopping you when it comes to law or anything else. Used vans are also similarly priced to regular cars and can be just as safe.

How to afford your first car?

There is no easy answer. If you cannot count on your parents help, you are going to have to work, save up and make it your priority to buy a car. Keep in mind that you also need some extra money for maintenance and fuel.

Is a minivan a good first car?

Yes, not only good but an excellent choice. Due to their size, minivans are actually safer and easier to drive due to good visibility. They are also a great choice for road trips and driving your friends around.

Let’s talk about it, the social stigma. Who in their right mind wants to drive a plain white cargo van at a young age. But you are not the only one, as you can see in this Reddit thread.But it just might be the best decision you can make. It enables you to explore your surroundings and travel or take trips on a small budget. It’s smarter to save up for a stronger car which you wish for later when you have a higher income. You will also be more experienced by then. This will make it less likely to crash the thing trying to drift the street corner. If you want a van because you are interested in car camping, check out or guide to car camping here.