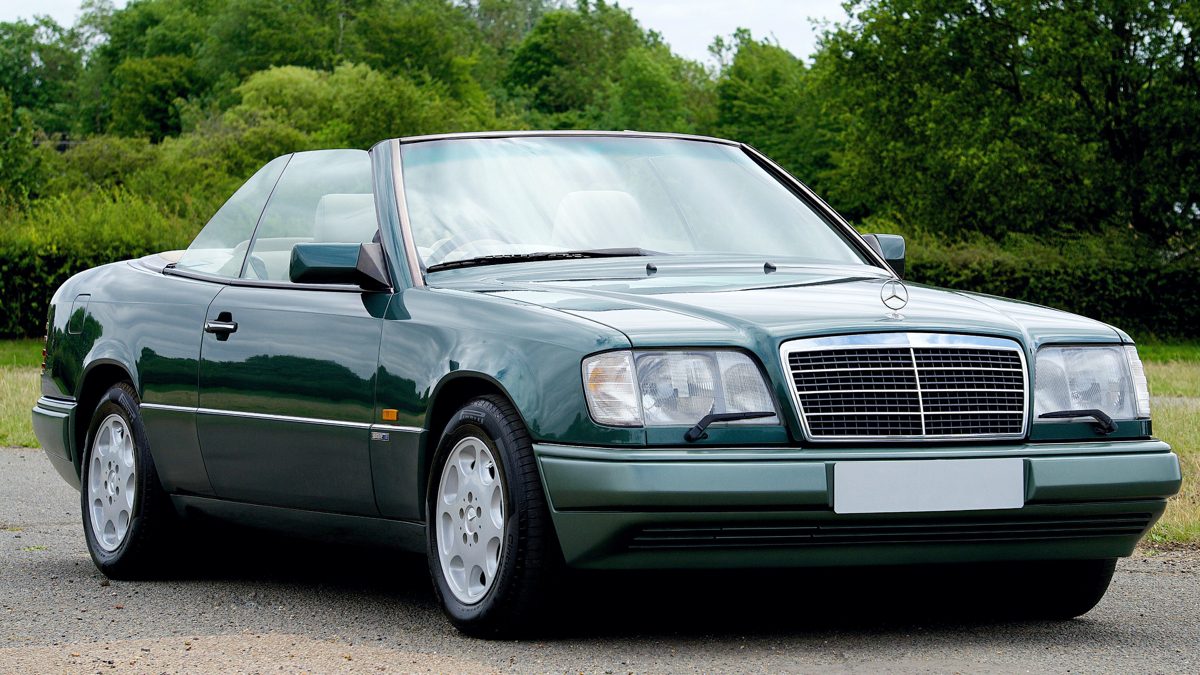 You read that right, you can now own Mr. Beans 1991 Mercedes 500E. Rowan Atkinson known worldwide for his famous comedic roles in Mr. Bean and Johnny English in selling his “Hammer” Mercedes 500E again and its a long story.


The 500E was a beast of its time, featuring a massive 320bhp 5.0l V8 Mercedes made in collaboration with Porsche. It was the first production car to ever have its top speed limited at 155 mph. It reached the 62 mph in less than 6 seconds. Porsche redid the suspension of the E Class and lowered it for an inch, fitted bigger breaks, added Recaro seats and subtle but wide wheel arches that let you know this car has muscle and its not just another E Class taxi. A true icon of today and a monster back when it first rolled out of production.

All Mercedes 500E were mainly built by hand. 8-12 of them per day to be exact. It was made in the same factory as the Porsche 959. Once the chassis was done by Porsche, they sent them to Mercedes to be painted and then back to Porsche to have engines and interior fitted. They were shipped back to Mercedes for the final sign off. Quite a process but entirely worth it for a true german beast.

Back to the Atkinsons Mercedes 500E, he bought it new in 1991 and sold it four years later to a guy who owned it for the next 23 years. Atkinson then bought it back from the same guy. His car is now being sold at an UK CCA’s auction on 25th of May. The only information out there is that the car needs some love and attention that apparently Mr. Bean did not provide. The price is still unknown but they usually go for 30 000$ and up, depends on the condition and history. This one might be a bit more expensive due to its famous owner.

Look for a follow up to the story once it is sold.
Here is the auction details if you are interested: